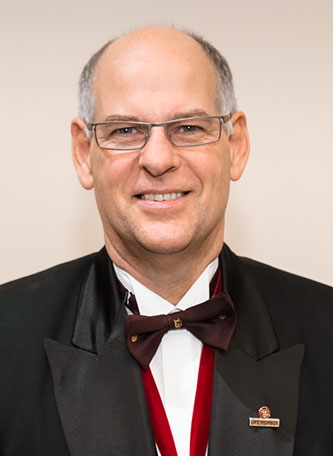 Incunabula is an interesting word, but one seldom seen and not used at all by me until now. A secondary meaning is “…the earliest traces of something”. The first vestiges of the B&B movement came about with a disquiet of the Bacchus Club. Bacchus had 330 members and a waiting list of 60. Tom Hardy, R.W. Clampett and George Fairbrother amongst other wine luminaries of the time felt that whilst the Bacchus Club performed a function, a smaller, more intimate gathering, would allow members to be participatory and to become more involved, especially at an administrative level. So it was on the 9th of August that the inaugural meeting of B&B was held in 1954. The first committee meeting followed on the 6th of September that year and the first formal luncheon was organised at the Imperial Hotel [King William Street. ed] for Monday September 27th. The movement was up and running. Lunch was 12/- per head. Interestingly the tips paid by the newly elected Secretary, Mr S.R.Drew, were reimbursed. This was the amount of 1 Pound being 166% of the lunch price or $183.00 by our tariff today.

A snippet from the “News”, the evening paper of the next day, makes interesting reading. This was the first luncheon since the inauguration. I quote verbatim,

“Beefsteak and Burgundy Club wine-master, Mr. George Fairbrother, was asked at yesterdays’ [sic] luncheon to give an analytical definition of Claret.’ Imagine you are driving your car,’ he said, ‘you see a dazzling blonde, and you stop suddenly, burning about two inches off the tyres.

It’s like that with claret. It comes on the palate full and luscious and your tongue skids on the roof of your mouth.

Then like the car’s tyres on the road, it finishes with a grip on your palate.’ ”

Interestingly the documents accompanying the earliest minutes of the movement are littered with mention of Burgundy type wines, often Shiraz, and of Claret.

In the Australian Brewing and Wine Journal of September 1954 an article can be found with the following:
“A notable new move to help educate the younger business men [this was the 1950s.ed] in wine lore has been made in Adelaide by the formation of the Beefsteak and Burgundy Club…

To prevent the club becoming merely a small duplication of the Bacchus Club [love the name. ed], members of that body in general will not be eligible for membership, but it was obviously necessary that men of experience [still the 1950s. ed] should form the first committee and office-bearers. Later it is hoped the new young members will take over most of the positions. [sound familiar? ed]

…Luncheons are being held in a private dining room (the upstairs room) at the Imperial Hotel. To avoid inroads into busy men’s time, one wine only [sigh. ed] will usually be served and discussed. There will be no guest speakers, and meetings will end at 2pm The wines will not, of course, be limited to Burgundy, nor food to beefsteak!”

From a clipping of the aforementioned Journal of October 1954 one notes that members quickly saw sense. At the October luncheon after removal of the paper bags the following three wines were revealed. My truncated annotation is thus:

* Mildara Chestnut Teal [Oloroso] – Attractive label – new on the market – flor – much different from the fino types to which the gentlemen were accustomed. Mr. Fairbrother summed up that,”… the makers should be congratulated and that it should be an absolute winner with the womenfolk, or in mixed parties.”

* Dry Reds – Coonawarra, 1949 Chateau Comaum*, – one-third Cabernet and two-thirds Shiraz. The cellarmaster remarked no wine could be Claret unless it contained Cabernet.

* Tintara St.Thomas Burgundy 1945 [excellent vintage. ed] of Hunter River origin, of which the cellarmaster said they could argue the toss whether it was a true Burgundy or a Claret – it was made from Hermitage grapes**. This wine was taken from a hogshead put aside “for directors only”.

It was only recently when I was discussing these early B&B records with Craig Thornquest that he pointed out that the article was of interest. Craig said, “I can tell the difference between a Bordeaux and a Claret. In fact I can even distinguish a Cabernet from a Sauvignon.”

* From the “Border Watch” [Mt. Gambier newspaper] of July 24th 1951 Chateaux Comaum was bought by Wynn’s and is their famous 3 gabled building.