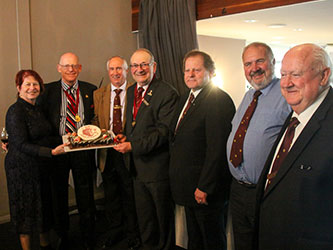 At Quaff Restaurant in Toorak on 28th May 2017 Club President Jim Freebairn welcomed members and guests to a luncheon to mark the anniversary. Guests including Adelaide President Bruce Perks, an Adelaide Past President Phil Kleinig and his wife Joan, Sheok Hill members Tony and Val Halifax and Bob and Barbara Nixon, and members’ family and friends, some of whom had travelled from as far away as Townsville for the occasion. 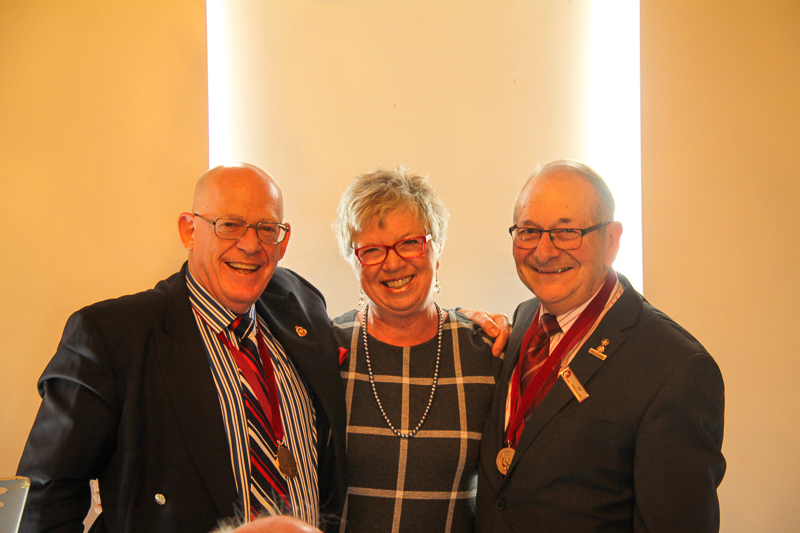 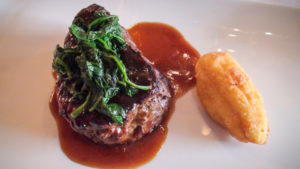 Founding President Jim Irvine, who now lives at Tanunda, was unable to attend. The significance of 50 years was pointed out as many at the lunch had not reached that age milestone. After proposing a toast to “Absent Friends” Jim introduced Bruce Perks who spoke about some of the history of B&B. In a nice gesture he invited a founding member, Mervyn Ziebel’s daughter, Judy to present Jim with the 50th Anniversary gold medallion. 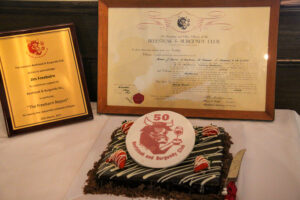 Apart from a brief introduction about the food Beefmaster Jill Freebairn had organized and Jim’s introduction of the wines plus a brief pause for the cutting of the celebratory cake there was no need for further interruption during the luncheon as the room was soon abuzz with conversation. All who attended had a most enjoyable and memorable luncheon drinking fine wine, eating delicious food and enjoying each others’ company.